THIS WEEK: THE NEW YOURK TIMES QUESTIONS THE DUBIOUS DIAGNOSIS OF CKD IN THE ELDERLY...
by Meguid El Nahas - Monday, 14 September 2015, 3:40 PM
Anyone in the world 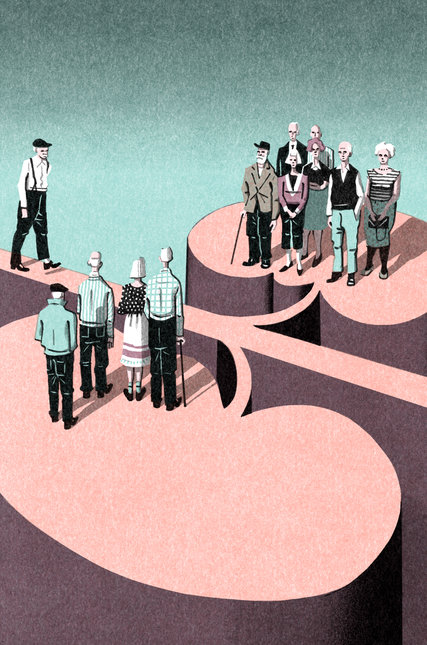 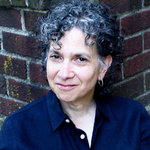 Is it really possible that half of the population older than 70 has chronic kidney disease?

International guidelines adopted in 2012 make it seem that way. They define the disease in terms of how efficiently kidneys filter the waste from our blood, a measure called the glomerular filtration rate. Healthy young people commonly have G.F.R.s of about 120. A G.F.R. lower than 60 or another marker of kidney damage (such as protein in the urine) for more than three months means chronic kidney disease.

At which point, patients become scared. “When you’re told you have a disease, that’s a bad day,” said Dr. Ann O’Hare, a nephrologist at the University of Washington in Seattle who specializes in treating older adults. “Patients worry about dialysis, because that’s what they associate with kidney disease.”

Chronic kidney disease causes no symptoms until its later stages, and most seniors with the diagnosis are told they’re at Stage 3, of five — sudden, unwelcome news. Because Medicare uses these benchmarks for billing and reimbursement, they’ve become, in effect, the official definition of the disease for older Americans.

But wait a minute. Kidney function declines with age in almost everyone, and the proportion of older people with G.F.R. readings below 60 approaches 50 percent, studies have found. As the older adult population grows, the prevalence may rise even higher.

Yet the proportion of older people who will ever reach kidney failure, and thus need dialysis or a transplant, remains very low. People don’t turn to dialysis until their G.F.R. sinks much further, to about 10. In the great majority of older adults, that will never happen.

The lifetime risk of kidney failure in the United States is 3.6 percent for whites and 8 percent for African-Americans, one widely cited study found.

“Probably a majority of older patients we see have some degree of impaired renal function,” said Dr. Michael Steinman, a geriatrician at the University of California, San Francisco. “The chances are far and away that they’ll die of something else, and their kidneys will never be a problem.

“Why are we even thinking about this as a disease?”

Indeed, a small but spirited cadre of physicians and researchers are arguing — most recently in JAMA — that the guidelines should be recalibrated by age.

By using the same standards for everyone, ”We’re labeling and medicalizing and victimizing a substantial fraction of the elderly population,” said Dr. Richard Glassock, an author of the article and a nephrologist at the University of California, Los Angeles.

Instead, Dr. Glassock and others propose that in people older than 65, the diagnosis should require a G.F.R. reading less than 45. At that lower threshold, they estimate, a third to half of the chronic kidney disease diagnosed in older patients would suddenly disappear.

These patients should just be considered … old, the researchers say, with lower kidney function normal for their ages.

Most G.F.R. readings that fall below 60 in older adults remain in the 45 to 59 range, considered a modest reduction in kidney function. Most of these seniors will not have protein in their urine or other evidence of kidney damage. “People are being told they have a condition and it doesn’t really mean anything,” Dr. O’Hare said.

In the same JAMA issue, though, another group of physician researcherswarned against changing the guidelines.

“Having chronic kidney disease increases the risk of death from any cause, but particularly cardiovascular disease,” a co-author, Dr. Andrew Levey, the chief of nephrology at Tufts Medical Center, said in an interview. “People with kidney disease shouldn’t be treated the same as people without it.”

Regarding kidney disease as part of normal aging offends researchers like Dr. Levey. They point out that although the relative risk of dying is actually higher in younger people with chronic kidney disease, the absolute risk — the numbers of people who die from it — is higher at older ages.

Moreover, they argue, an older person with low G.F.R. and protein in his urine (called proteinuria or albuminuria) can take some steps to reduce the risk of eventual kidney failure, even if that’s already extremely low. Certainblood pressure medications with tongue-tangling names may protect the kidneys, for instance, though their effect on older adults is also a matter of debate.

A diagnosis can also help patients avoid drugs that can harm kidneys, said Dr. Levey and the co-author Dr. Josef Coresh, an epidemiologist at Johns Hopkins Bloomberg School of Public Health. (Both were part of the working group that developed the guidelines.) Doctors can modify medication dosages and warn older patients away from drugs that can impair kidney function, like ibuprofen, certain injected antibiotics, and the contrast dyes used in CT scans.

Generally, though, what a doctor tells an older patient found to have chronic kidney disease is fairly standard counsel: Control your blood pressure, which exacerbates kidney disease and vice versa, and yourcholesterol. Manage your diabetes. Keep track of drugs.

“That’s just sensible, healthy living, whether you have kidney disease or not,” Dr. Glassock said. So he questions whether we should even call somewhat reduced kidney function at older ages a disease.

It may amount to more than semantics. Along with fears of sitting in a dialysis center three days a week for the rest of one’s life come the costs of additional tests, appointments and referrals to specialists. “It pulls people into further engagement with the health care system,” Dr. O’Hare said. Most older adults face plenty of that already.

Still, here’s the reality: Revising the international guidelines, a protracted and complicated undertaking, doesn’t appear to be in the cards. The definition we have is the one we’re going to have for years, maybe for good. Many older people are likely at some point to hear a physician say they have chronic kidney disease.

How should they respond?

No special screening is required to learn one’s glomerular filtration rate. It’s part of the common basic metabolic panel. Most of us have it in our records somewhere.

One thing the kidney disease combatants agree on is that a G.F.R. less than 60 should prompt a conversation, before any prescription or advice. Doctors need to put these numbers in perspective, to explain that kidneys age with the rest of us.

It makes sense to repeat the test to see if the G.F.R. remains stable or continues to fall; it also makes sense to test the urine for protein. Physicians can use risk predictors —some exist, more are coming — to help determine an individual’s odds of kidney failure.

That way, Dr. Levey said, “we’re identifying the patients at risk for the worst outcomes and reassuring the others.”

But reassurance should be by far the more common response, whether a physician uses the D-word or not.

“I don’t think this is something to lose sleep over,” Dr. O’Hare tells patients with modestly lower but stable G.F.R., and no other indications of kidney damage. “That’s often a huge relief.”

Those who argue that patients should be labelled as "DISEASED" to adjust medication dosage or to avoid another disease such as AKI...fly in the face of reality and commion sense.

Our job as doctors is to avoid and prevent diseases...NOT to mislabel people in the community as DISEASED...for the sake of PROTECTING THEM...

IT IS HIGH TIME THE MEDICALISATION OF OLD AGE IS STOPPED NO MATTER HOW LUCRATIVE THIS MAY BE TO SOME...